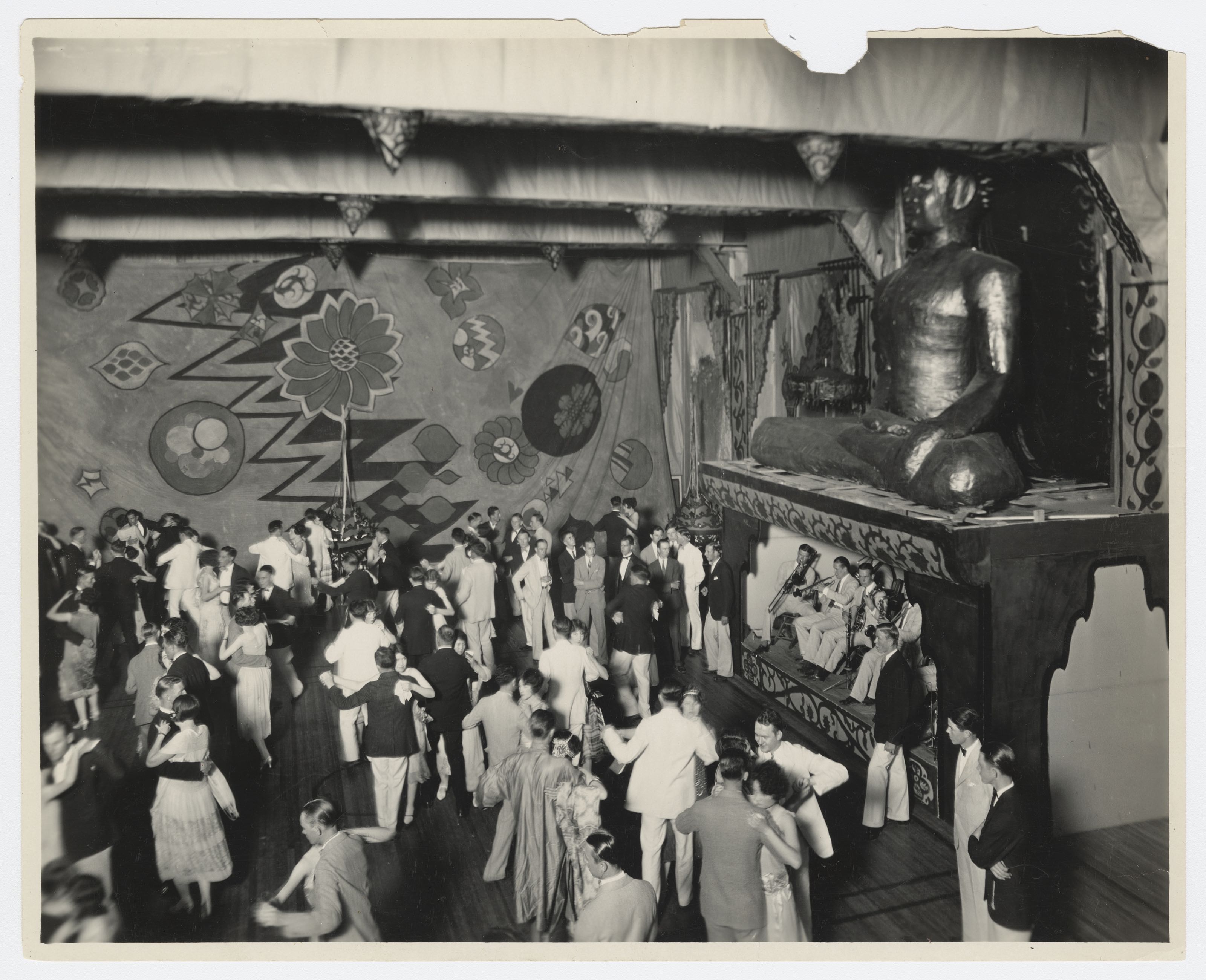 National Bands in Austin in the 1930’s

We have new updates on two more pieces in our Athens on the Colorado: The Dominance of the Universities exhibit.

In The “Germans” and the All University Dances, 1901-1946, new photos, maps, and contemporary descriptions of the events provide flesh out the context of the dances and how they changed as they transitioned from off-campus to on-campus and officially sanctioned university events. The move to the university meant that additional resources were available with which to attract national ‘name’ bands, just as a national touring circuit began to develop in the 1930’s.

These changes put Austin on the map for the national touring economy that was growing under the stewardship of a growing network of corporate interests in the radio and talent booking industries. In our National Bands section, we’ve added a interactive map of a Count Basie tour in 1941 that shows the long distances bands had to travel in criss-crossing the country during this era. We’ve also included some first-hand accounts of the touring experience which illuminate how difficult this travel was—particularly in the Jim Crow South, including Austin.

Local Memory is an ongoing project. There is more on the way for our ‘Athens on the Colorado’ exhibit, and we continue to work on our second exhibit.